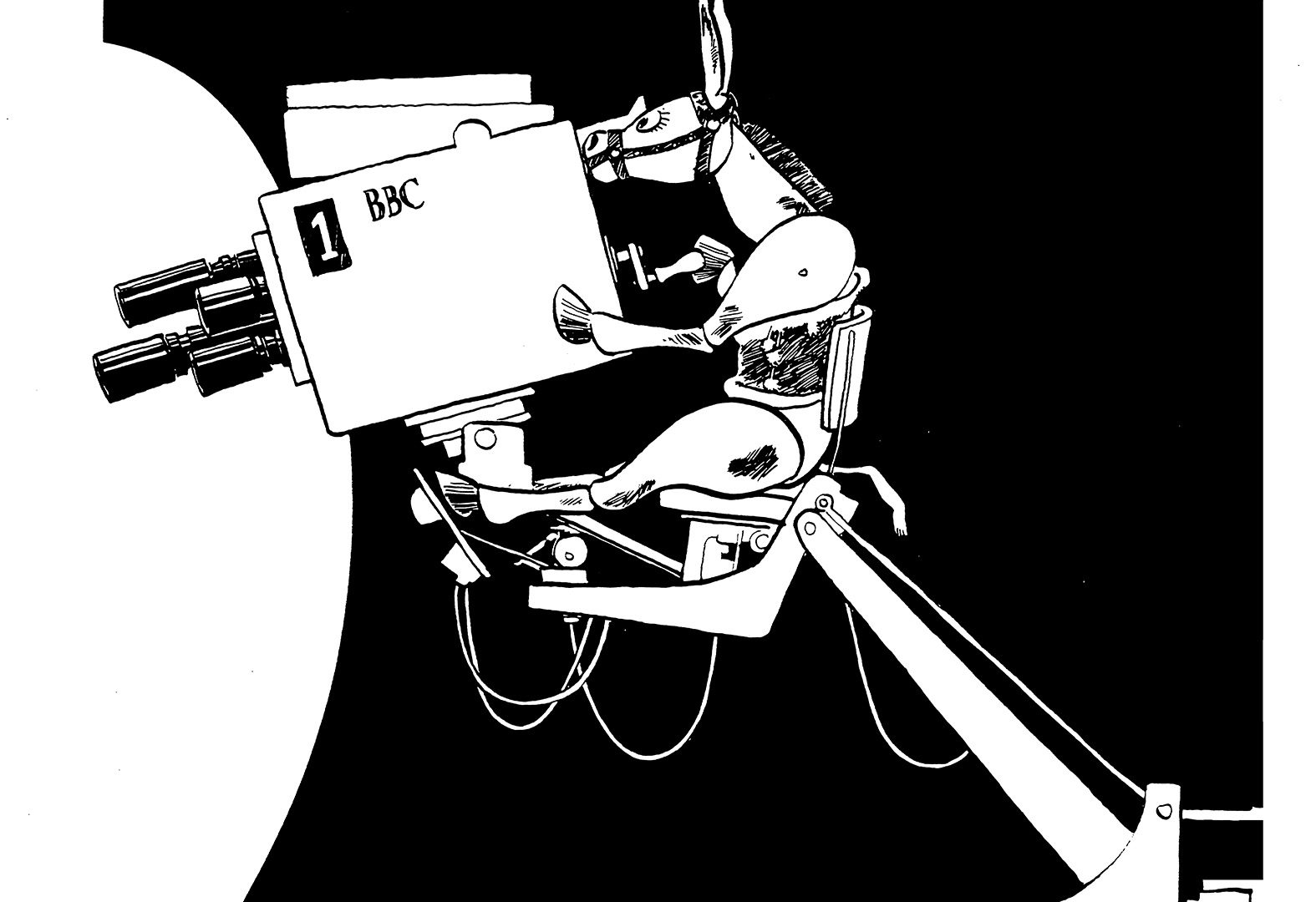 In 1991 I was teamed up with Lynne Truss on a weekly Television column. She was a treat to work with, consistently witty and wacky in her observations. The TV production companies fed us a stream of videos to preview, from which she selected the week’s focus. Our weekly phonecalls comparing notes after video watching helped us both.

It started as a preview column, giving me unique advance knowledge of what my friends were about to hear. Later it became a review column: still hard work for Lynne, but simpler for me as I only needed to watch one video each time.

Lynne would watch up to eight hours of video a day and, she says, was ‘well aware this was under 10% of what was broadcast’.

As you can see, I suddenly found myself having to draw in colour, something that needed quite a bit of experimenting that could only be done on the job. The main problems came with the inking variation in the newspaper printing process.

The paper is printed by four plates in quick succession, one for each primary colour (CYMK as it is known, with K being black). At any given moment, one of those plates may be over-inked compared with the others. So if you have drawn a pink face and it over-inks Magenta, the character looks florid. Overink Cyan and the character looks ill with cold. If yellow, there’s a nasty case of jaundice. And overinked black (Key) makes everything look gloomy.

Because the dots often dropped out of light areas, sometimes only shadow areas printed on a face: you can see that on the Decision 92 drawing below. All very tricky. So one lesson I learned was to leave the faces white.

After a while, not surprisingly, Lynne Truss called it a day. You can only do so much screen watching. But I continued illustrating the column with a succession of writers, most notably Nigella Lawson (pre-goddess) and David Flusfeder

In 2003, the first book I published under the Checkmate Books imprint came straight from my work for this column. This was Glued to the Gogglebox, a small compilation of television drawings complete with an essay by Lynne Truss. I still have a few copies, and you can buy them here.