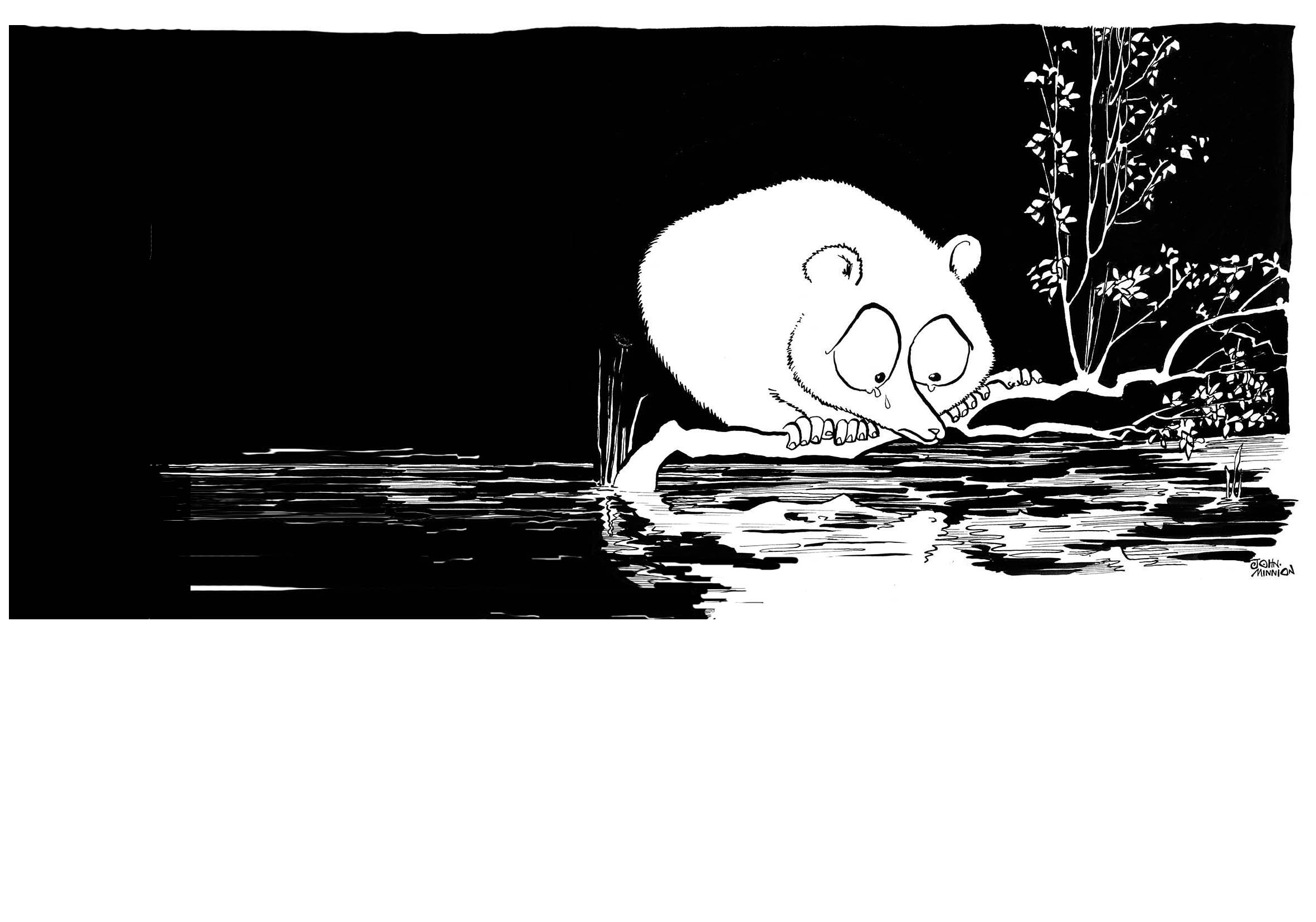 I have self-published a number of books of drawings over the years. I even went so far as taking a diploma in typography and book production at the London College of Printing – the only qualification I got after leaving school.

When I arrived in Liverpool I started a publishing venture called Checkmate Books which gave me the opportunity to write, design and produce half a dozen collections of illustrations.

I have given up the struggle of being a small publisher, so Checkmate Books is now defunct. I don’t respond to Amazon orders either.

But if you want copies of any of these books please email me directly.

The Hunting of the Snark (1976)
Lewis Carroll’s poem illustrated by John Minnion.

Buy books Some of these books are out of print, but some you can buy